The Inebriations started in the early 2010s as one of those “one guy with a band name” acts. The band was named for a term I once used to refer to as anything creative – a thought or a dream – “The Inebriations” are creations from the subconscious. Some people tell me it’s the best band name ever, and the rest are just a little confused.

The original demos were released hyper-locally (meaning no one heard them) and eventually with the help of a couple of Craig’s List ads a real band began to form. There have been a few iterations of The Inebriations. The original sound was influenced by Sun Studio and the neo-americana movement of the 2010s. Over time, we’ve morphed back into the roots rock that has always been the backbone and ultimate collective influence.

The Inebriations is a rock trio in the classic mold, with sounds that shapeshift between The Rolling Stones, Grant Lee Buffalo and the early sounds of Sun Studio in Memphis.

Rick plays drums, Jose plays bass and Dave plays guitar and sings. We play out at all the normal Boston area haunts. Come see us.

The New Single from The Inebriations 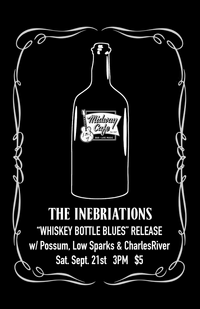 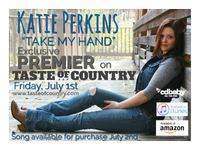 Be sure to check it out at: www.tasteofcountry.com